Q-linea develops and delivers innovative solutions for the diagnosis of infectious diseases, with a keen focus on improving sepsis treatment while reducing antibiotic resistance

Q-linea develops and delivers innovative solutions for the diagnosis of infectious diseases, with a keen focus on improving sepsis treatment while reducing antibiotic resistance

Q-linea is a company that develops innovative solutions for improved infectious disease diagnostics. The company focuses on developing instruments and consumables that benefit patients, healthcare providers and society. Q-linea develops and delivers solutions for healthcare providers, enabling them to diagnose and treat infectious diseases in the shortest possible time. The company’s leading product, ASTar®, is a fully automated instrument for antimicrobial susceptibility testing, which produces a sensitivity profile from a positive blood culture within ~six hours. This is 24 to 40 hours faster than current diagnostics.

Innovative solutions
We are an innovative pioneer, that helps to save lives by ensuring antibiotics continue to be an effective treatment for future generations. We develop and deliver preferred solutions for healthcare providers, enabling them to accurately diagnose and treat infectious diseases in the shortest possible time. Our solutions help healthcare providers worldwide to reduce the use of antibiotics by providing optimal treatment information for each patient.

Founded in Uppsala
Q-linea was founded in 2008 by scientists from the Rudbeck Laboratory at Uppsala University, together with Olink AB and Uppsala University’s holding company, UUAB. Today, Q-linea comprises an interdisciplinary, highly motivated team that operates out of state-of the-art, customized facilities in Uppsala Science Park. 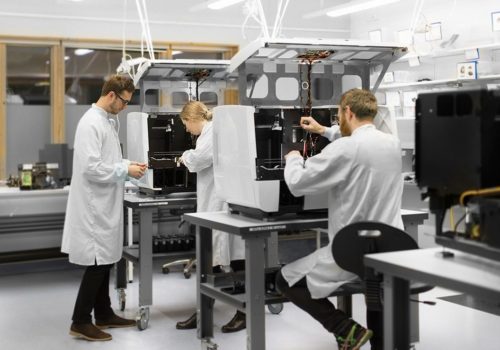 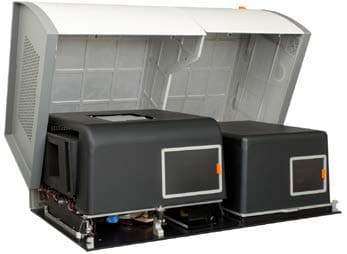 From its founding in 2008 with three part-time employees located in a sub-let room, Q-linea has seen more than ten years of continuous growth. Q linea is now a publicly traded (Nasdaq Stockholm: QLINEA) company of 100+ employees in two locations including dedicated production facilities.

The early years
Focusing initially on biosecurity applications based on proprietary (non-PCR) technologies for molecular identification of bacteria, Q-linea developed prototypes and complex systems for detecting biological warfare agents (such as anthrax and smallpox). Systems were delivered to the Swedish and French Armed Forces and produced top-rate results in realistic field studies.  Key subsystems developed for biosecurity purposes such as CD-format based consumables and high-speed line scanning imaging have subsequently been adapted for use in the ASTar® system.

Entry into diagnostics
Realizing the potential of the technologies available within Q-linea for infectious disease diagnostics, in 2012 the Company made a strategic decision to enter the field for IVD systems for infectious diseases. A partnership with the venture capital company NXT2B enabled long-term funding and uninterrupted technical development, and clinical collaborations were initiated to verify performance. Q-linea´s bacterial ID and phenotypic AST technologies for sepsis diagnosis directly from whole blood were tested in 2016, in collaboration with Örebro University Hospital on patients with sepsis with very good results.

ASTar
During the following years, a revolution in rapid bacterial ID-techniques from positive blood cultures, among them mass spectrometry, opened a market niche for AST-only systems that could match the speed of these new ID methods. In order to meet the market requirements for rapid results and minimized hands-on time, the product development efforts for Q-linea´s first diagnostic product were subsequently directed towards a pure AST product for positive blood cultures, the fully automated ASTar.